Skip to main content
VISIT HEWI AT HEATHROW TERMINAL 5!
GET 10% OFF YOUR FIRST ORDER
ITEMS DISPATCHED WITHIN 48 HOURS
PREMIUM CUSTOMER SERVICE
Sell an item Sell privately or managed
The Dior Saddle Bag, ‘must have’ utilitarian menswear that made its' name on Sex and The City.
Dior Saddle Bag: Ride em’ Cowboy?
Written by: Chloe Lalaguna
#Hewi History #Fashion Stories #Time to Invest #Build Your Wardrobe

The Dior Saddle Bag is one of the most distinguishable, brand specific, accessory shapes in fashion history - you can determine it belongs to Dior from its silhouette alone. Despite early fluctuations in its popularity, it ultimately retires comfortably in the classic category - hard earned!

The vintage Saddle Bag was first designed in 1999 by John Galliano during his tenure at Dior. The silhouette pays obvious homage to equestrianism but is rumoured to have taken major inspiration from Saddle I, a debatable black and white photograph by Helmut Newton which depicts a woman on all fours on a bed, tacked with a horse’s saddle. From the early 2000s, the saddle bag existed as a prominent feature in pop-culture and featured in Episode 5 Season 3 of Sex and the City - this is becoming a theme? 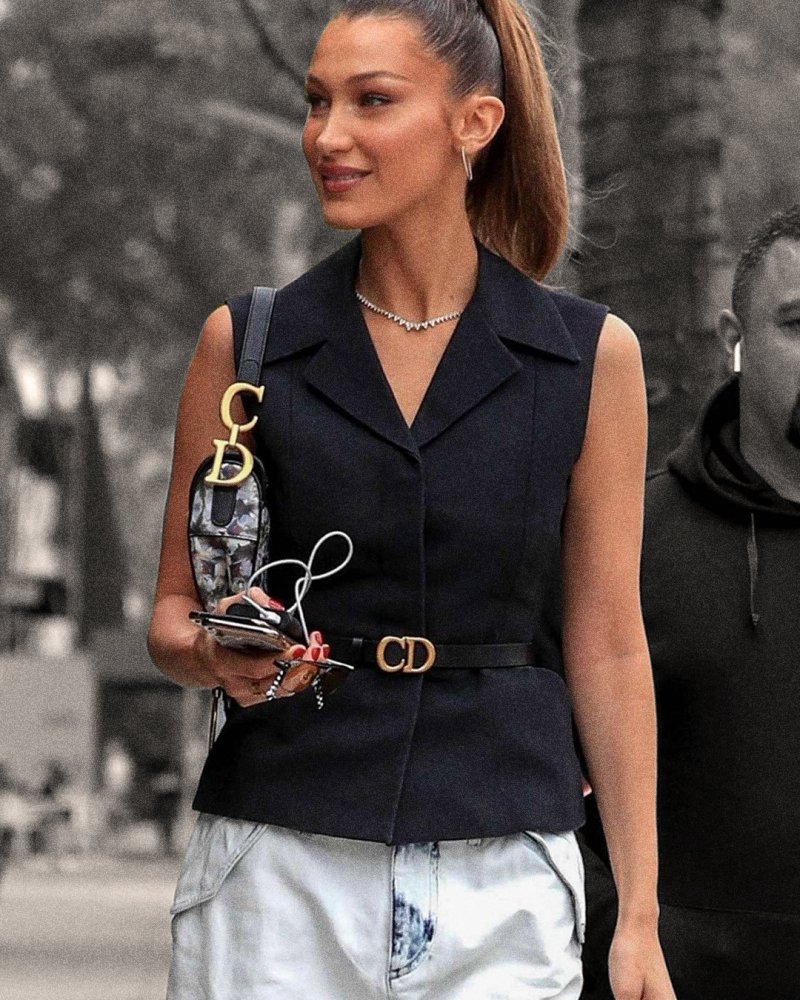 The trend of the Dior Saddle Bag lasted until the mid 2000s, when the fashion world decided it wasn’t ready for such an explosion of popularity. So, its presence on the runway began to steadily decline until the zeitgeist completely lost interest and by 2007 the Saddle bag was fully removed from the catwalk. Between this removal and its formal reintroduction in 2019 the Dior Saddle Bag made intermittent comebacks and was papped on Beyoncé in 2014, and again on Bella Hadid in 2017.

It wasn’t until Dior’s AW18 collection, under the guidance of Maria Grazia Chiuri was it categorically reintroduced. Chiuri breathed a new lease of life into the iconic form interpreting it with longer straps into more of a messenger bag and introducing unisex styles. From there, Kim Jones took the ball and debuted the Dior Saddle on the menswear catwalk for the SS19 Collection.

This move changed the game entirely and the Dior Saddle Bag evolved to embody a new untapped identity. Jones collaborated with Mathew Williams of 1017 ALX 9SM to finish the bag with utility hardware, the top handle was replaced with an industrial strap and the iconic body became masculine. This run has continued as Jones maintains the fluidity to reinterpret and collaborate the iconic silhouette. Interpretations include the more messenger style, Maxi saddle SS21, which includes a phone case on the strap as well as a host of Artistic Collaborations - from Sex and the City to ‘must have’ utilitarian menswear, that’s growth!